The ‘space’ was EMPTY
only the coverings remained.

So…what NOW?
what could this possibly mean?

But He said—
He said so MANY things.
I set aside EVERYTHING
to follow Him.

His messages, stories so simple—
those who you’d think would not get it
‘GOT IT’ and when we were alone—
Together, HE explained ‘THE MEANING’
behind words…some-TIMES I got it.

Right at this moment
NO-thing makes sense…
Hiding is the ONLY safe thing to do.

I’ll try to live this WAY…
it will NOT be easy—
the world, many of its people won’t
understand—
The world, ‘creation’ gets it…look how
simply it moves with the seasons
AND Lives…

He is in ALL 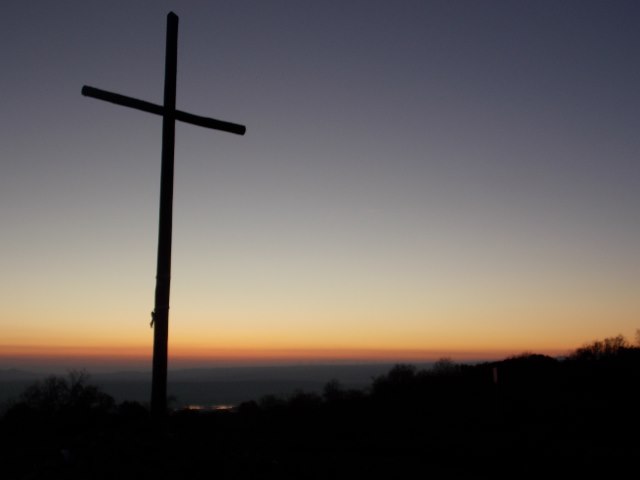 These words flowed from my heart.  I walked this morning—a painted orange hue landscape behind my back…in front of me the light of the moon casting silhouettes along the country side.  A flock of sheep—undisturbed…a few ‘clangs’—the little bell dangling from their necks.  It was as if the service began.  I  AM in ‘c’hurch with a small ‘c.’  The fragrance of spring flowers opening—sweet incense to my nostrils!  I climbed a stony path…it seemed to go on forever.  ‘Stickey,’ ever faithful, and Pilgrim Perk holding up her end.  I looked up at this moment to find a single cross at the top of a hill.  It did NOT speak of VIOLENCE…it spoke of an END to HATRED & WAR and it stood—LOVE being its ONLY message.

Last night while dining, I met a mother & daughter (she might have been eleven).  We had passed each other along the way these past few days—glances exchanged, a simple understanding…’we’ are walking…

THIS eve the mother spoke.  She would take a bus to Leon as the road was a bit too long for her little girl…not the physical demands, but the mental fortitude one needs to walk the Camino.  The mother spoke…”Today, when we reached ATAPUERCA (the place where the earliest human remains were discovered in Europe dating back over 900,000 yrs.), we danced.”  The expression on the child’s face ‘glowed’—THE MOTHER…holy is she.

How can one not DANCE?
I hope your feet are moving— 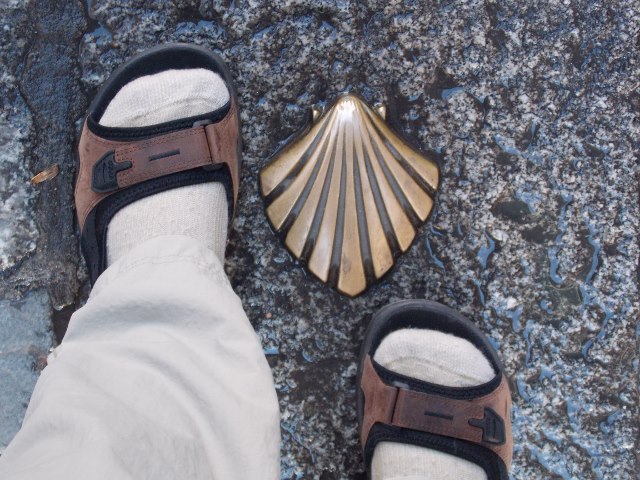 In ThanksgivingCamino—Day 13
Scroll to top