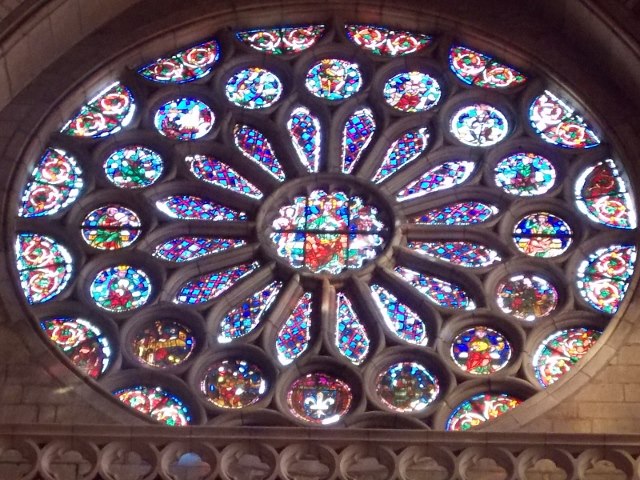 The mighty Cathedral stood in the center of the plaza…one hundred twenty-five stained glass images each telling a story of the Gospels and the legends of the Saints.  The chief function of the medieval church—to instruct the illiterate.  AMAZINGLY, the people saw the LIGHT in each story.

As the sun ‘pinched’ the glass sending a glorious array of colors throughout the ‘dark’ haven of the church’s ‘inner’ structure, this cathedral was ONE that allowed the light to ENTER.  The ‘ones’ who understood—the ONES who did NOT spend time ‘thinking,’ BUT instead, LIVED the message—REFLECTED BACK narratives of the holiness of God they became.

I AM ‘immersed’ as if ONE of these people…PILGRIMS!

Yesterday…many of us who began the Camino in St. Jean three weeks earlier, learned that two pilgrims who embarked with us died on that snowy trail.  As I write, I cannot hold back my tears.

As I walked today, I saw a woman with her husband.  She was in much pain, but she WALKED—each step a memory.  When she returns HOME…depending on how far she is able to travel…her leg will be amputated.  Another gentleman promised his BELOVED he would carry her to the END OF THE WORLD.  He spreads her ashes along the WAY…the last stop—FINISTERRE (The End of the World) and he will have fulfilled his promise.

Each story is ANOTHER stained glassed window…ANOTHER Gospel TRUTH revealed, lived, celebrated, grieved, broken, healed and, yes, REBORN into the Cosmic reality of the ETERNAL NOW.  All things are part of each other… NOTHING separate…the LIGHT has dispelled any separation. 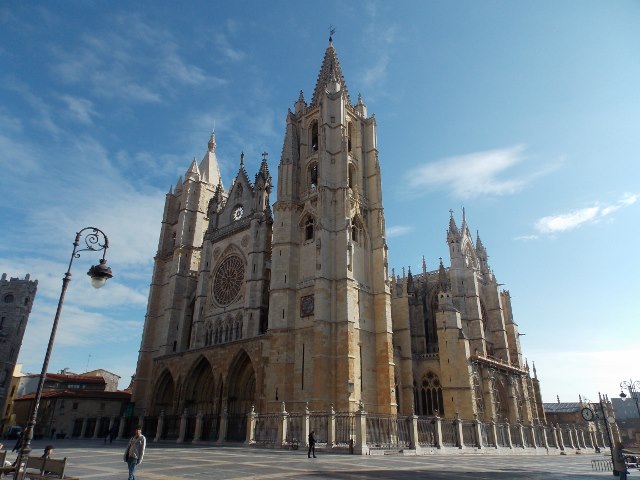 Spread your WingsProphet
Scroll to top