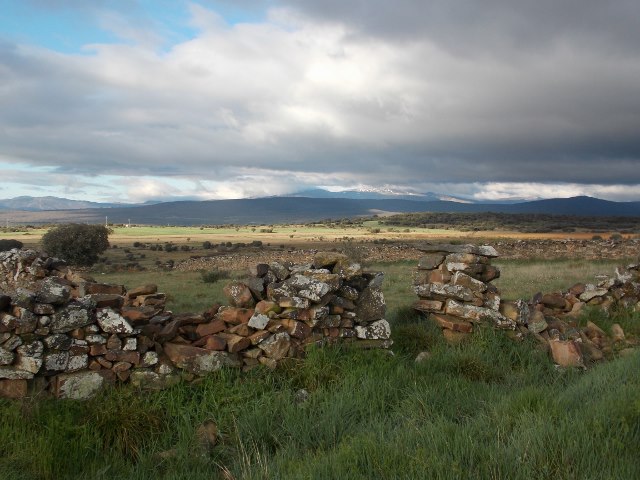 …(Wisdom) seems to go underground for a while; one loses the thread.  Then, in ways inexplicable to linear causality, it pops up again.  It re-creates itself over and over, so it seems, in the minds and hearts of those who have been taught (or discovered on their own) how to listen & see.  It never really goes away, and it always comes back in fresh new form, customized to the conditions of the world.”
Cynthia Bourgeault—The Wisdom Way of Knowing

The face of the terrain changes before my eyes…snow capped mountains appear
before me.  The sun at my back stretches the curtain from night to dawn…trees
blossoming, a green hilly landscape beneath my feet…the wind making its welcome known AND my step ‘revived.’  Somewhere ‘within’—a new rush of
adrenaline, and my body—every living, breathing cell, in unison gives gratitude to
THIS Now.

I took this day to walk ever ‘conscious’ of St James…mindfully I was aware, he, a
brother of Jesus.  They walked together.  James heard Him speak…he listened to the same parables over and over AND never tired of following Him.  After Christ was crucified, James’ life CHANGED.  He heard Jesus talk about what was coming,
what would be when He was gone.  What NOW?  James and the others hid
themselves…nothing was really clear.  THEN, a change came over ‘ALL’ of them.
What they said they believed SUNK in and now believing BECAME a living
moment.  James went a way he NEVER could have envisioned, but he journeyed
attempting to SPREAD a transformative message of LOVE.

It is a bit of a paradox—as James walked ‘THIS CAMINO’ it’s understood that ONLY about seven persons ‘listened’ and followed—NOW, here is the BEST part of my
walk with James…TODAY, THIS MOMENT—if James were present and trying to
‘book’ speaking engagements to SHARE A GOSPEL OF LOVE—James would be asked, “What kind of tools do you have to SHOW your success?  We need to know
this before we book a program with YOU as the facilitator!”  I can ‘see’ James’
expression, a look of ‘what are you talking about?’  “I WANT TO SPEAK TO YOU OF LOVE.”  James would NOT pack a house so his message would get put on some back burner and he would be told, “No hard luck—you can try again next year.”:  James was NOT trying to ‘glorify’ himself…I’m not even sure he understood ‘ego’ development BUT, then again, maybe he did.  He hung out with a lot of men…all changed because of the life of  the man, Jesus.

James did not shout out, “WORSHIP HIM.”  He did not even say, “YOU MUST be SAVED.”  He spoke of His life, His death AND His rising into the fullness of ALL Creation ‘extending’ this gift to ONE and ALL—EVERYONE!

Heaven is eternal AND it is here NOW.  James did not speak of Hell, of fire and
brimstone—he spoke of METANOIA…A NEW WAY of SEEING…turning our hearts
and minds ONLY to Love.

James is gone, BUT he’s changed MORE than the lives of seven persons.  Numbers
of pilgrims walk this road conscious or unconscious of James and the vision he
hoped to bring into THIS world.   People don’t STOP coming.  Even those without
a FAITH background have come back a second time, a fifth time, and eleventh time
AND proclaimed, “I’m NO LONGER the same…I’m less judgmental, I don’t become so
defensive anymore, I’ve let go, I’m still the same, but I’m different.”  Get it?  You
don’t have to.  Persons with FAITH don’t take themselves so seriously anymore or
they no longer put themselves in places that are not life-giving.

James, if you were here today—I still don’t believe you’d be invited to speak…not because your ‘record’ indicates you were onto something, but I think your simple sandals, small carry pack, NO cell phone would lead people to view you as some radical (you sound like a radical FEMINIST—I get that).  They’d say you DON’T BELONG in our world…
(What do you mean you’re not on Facebook?)

Where has the real world gone?
People out for themselves…

If Jesus showed up again, He’d have a band of 12 women!  (Not that He didn’t
have a following).  AND, the veil in the Temple would be torn in three instead of two—three because it would eliminate dualities and you’d ALWAYS need the third piece for the two to be WHOLE again.

So, James…thanks for today’s WALK—I pray a little of YOU lives in me. 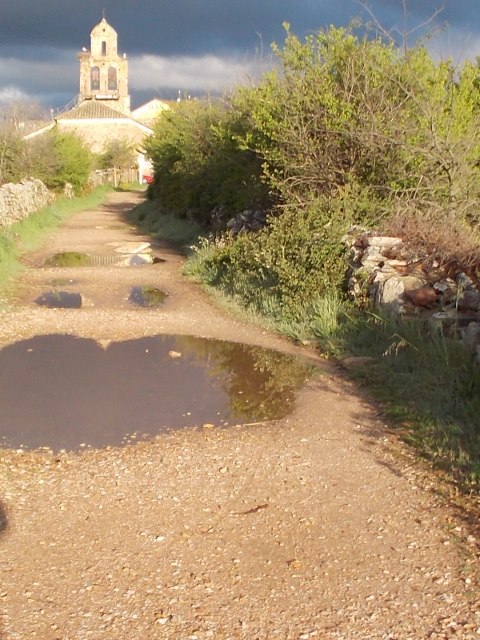