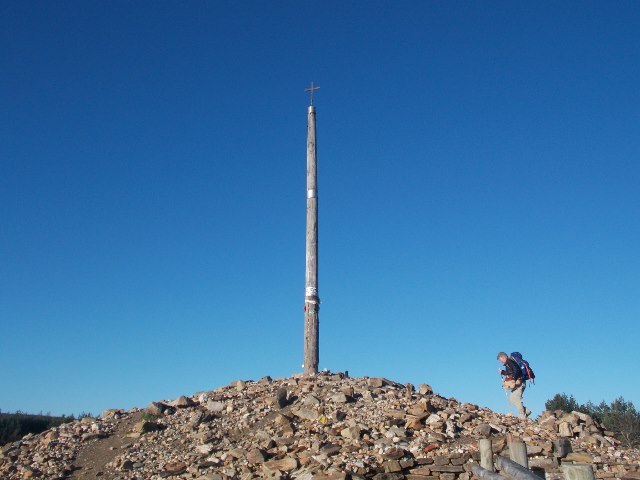 This day’s path asked of me to leave a stone from my homeland.  I left not only a
stone, but a flood gate of tears—

Even before standing at Cruz de Ferro (Pile of Burden)—cross at the highest point (1,504m)
of The Way of St James (French Way), in Foncebadon…my emotions stirred—

I could not begin to understand why or from where my tears came…and, it did not
matter.  It was NOT sorrow…it was some-thing beyond bliss…no word could fill all
that ‘beat’ in my heart—

The ascent to ‘this’ place…hauntingly serene was exhausting, but I felt I was in
some magical garden…life bursting at every seam.

Yes, I brought a stone.  But, not only one.  I brought a stone from my sis of heart who asked me to lay it down for her.  So much emotion in her heart-shaped stone which she found in
the Grand Canyon.  One day she’ll walk this way and she’ll know her burden has already
been laid down.  Another kindred spirit ‘gifted’ me with a shell before I left home.  I told her where I would leave her shell.  She ‘holds’ so many persons near, and this day as I put down the shell, I prayed her arms were a little lighter—she loves fully.  AND, my stone…it was one I shared with a ‘Pal’ back home.  The word printed on it—‘SILENCE.’  I gently placed silence on
the pile with the other stones.  It was NOT because it has been a burden—it has been
a gift…freedom from useless noise, chatter.  Now I’ll bathe in the joy of tears…the
droplets that form—BECAUSE…

Every step I walked…Creation’s Temple. 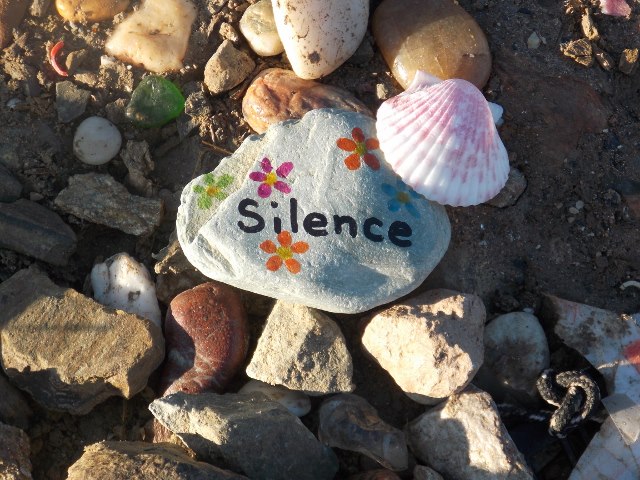 I Knew You like No Other Truth
Scroll to top