“…Just like moons and the suns, with the certainty of tides, just like hopes
springing high, Still I’ll rise…” 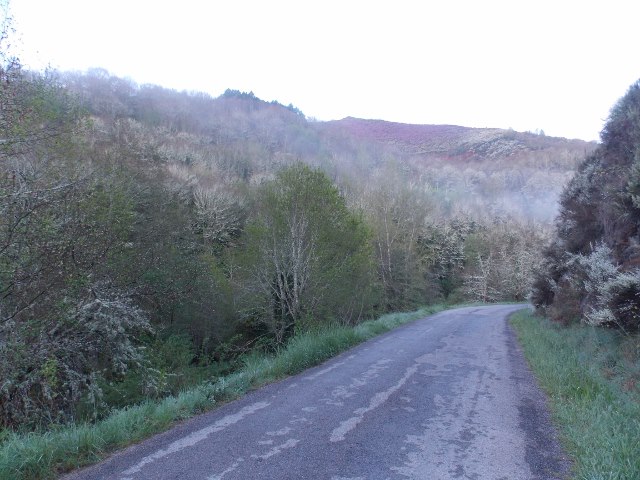 Path three would guide me into the mountains.  One was encouraged to travel
alongside someone because the “Way” markers were NOT always easily visible.
The vistas were beyond amazing as the guidebook pointed out.  My entire being
responded, “YES” and then it breathed…softly proclaiming, “No.”  Not long ago,
my ego would not have bothered to read the other options.  Of course, I
would have thought, “This IS the ONLY way.”

Path two wound through some steep grades—markers were clear and the guide
book described the stunning vistas that one would view.  The path circled itself
away from the sounds of traffic.

Path one offered the most direct route alongside the roadway and the river.  It
was a serene path—no hidden obstacles, no steep grades, no narrow passages…it was
covered with trees blocking the sun, providing shade and detouring heavy
amounts of rain.  We’ve reached that ‘part’ of the Camino where rain IS the
forecast…the winds from the Atlantic Ocean in priceless harmony with the majestic
mountains. As I’m writing, lightning and thunder display a beauty all their own,
while the cows in the valley, just below my window, have bedded down.  The
bells that were heard clanging around their necks rattled about in between each
break of thunder.

I embarked upon path one—there was a softened sense of humility in this choice
for me.  As soon as I STEPPED out the door, the rain began to fall.  Some-THING,
Some-one was/is guiding my steps because to be on the other paths during
inclement weather carries great risks.  Even in sunny weather, the trail has its
hidden hazards.  Mindfulness is a constant refrain.

The persistent sound of raindrops pecking at my gear was delightful.  It wasn’t a
cold day so the rain became my welcome companion.

There was a brief moment of clearing.  Before me, a rainbow…its colors unfolded
with a brilliant vibrancy between the casts of darkened clouds.

Each day parallels life—
Always changing, never the same and always filled with wonder…
I am ONE with the roadway and the river… 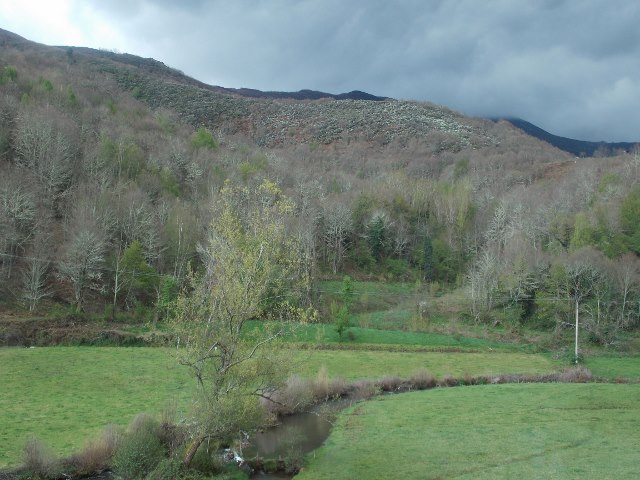 In Search of a StarBuffalo
Scroll to top