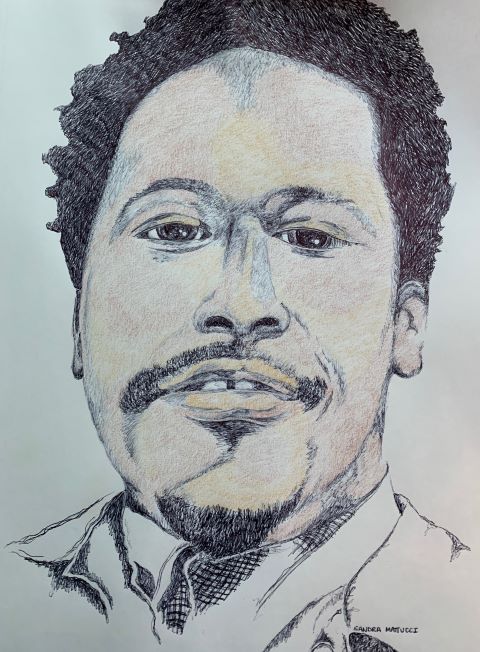 Is this a poem I’m beginning?
Is it a conscious moral inventory?
Black words are spilling
across a white background.
The ‘words’ are the fruit
splashing from a pen.

I’m a white woman.
Yes, a white, retired Peace (Police) Officer.
I’ve undergone countless hours of training.
Defensive tactics were taught to me and
to other brother and sister officers. Never
a choke hold was spoken of—nor role modeled!

One instructor, who taught us DWI (Driving while under the Influence) procedures,
expressed first and foremost that when someone is
intoxicated ‘we’ need to understand that the person’s
JUDGMENT is impaired.
The responsibility befalls the officer
to handle the situation
with great care, caution and safety for ALL—
including self.

To expect an individual to ‘follow’ verbal
commands when under the influence—
the expectation is absurd.

The Use of Force continuum
is there to protect persons…
the aggressor and the one attempting
to stop the aggressor(s).

Shots to the back.
An individual fleeing…on foot.
All information on Mr. Brooks available.
A simple warrant could have been completed.
An arrest made later.

Simple to write.
Easy to say.
I was not there.

Yet, I’m sketching
another picture of a black man.
A man whose life was taken
and the law would  decide a sentence.

There is a LARGER issue
cracking open the stained-glass
windows covering hid-den truths…
NOW, things being filmed on camera
—LIVE—
and still questions…
maybe he/she is guilty?
A life gone too soon by the
very hands called to Protect & Serve.

I have my own story
—a knee taken to my neck (metaphorically).
A situation dismissed…
I was, according to investigators (at the top),
an oversensitive female.

But, a wise teacher (MT Winter)
guided me…
It’s not the time to make this
about my story.

I pray, “Lord, hear the cries of your people.”