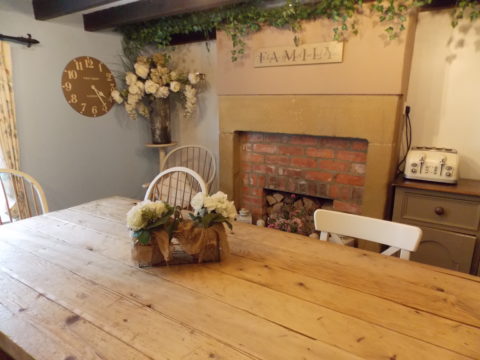 (Early Morning)
The embodiment of eight solitary souls…MOST strangers to one another gathered around the table to dine.  The aromas from the kitchen were tantalizing.  As the serving began, small talk of the banquet’s delight filled the air.  Conversation focused on the path we would embark upon.

One of the eight persons would travel in the opposite direction so took the time to fill us in on the Moors that lay before us.  We shared with him the flat farmlands he would encounter…singing birds, green fields and NOISE…an unfamiliar sound after we enjoyed being filled in the nestles of forests, rivers and mountains.

Communion ‘broke’ open when ‘all’ were invited to share…
“What intrigued you to walk this path”—was the question posed.

The waterfall of feelings, stirrings unleashed…

One couple spoke of their sons who were off to school…an empty nest…no reason to stay home AND the discovery, “we still like each other.”
The next gentleman was to walk the Coast to Coast with his wife.  They were walking when the call came—his mother-in-law, very ill, was hospitalized.  They walked knowing she was cared for.  The next call…”We’re releasing your mother.” 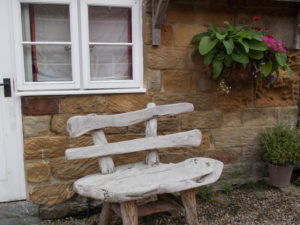 His wife expressed, “I have to go.”  He stating emphatically, “I’ll go with you.”  Her reply, “Absolutely NOT…you will go on”—
His walk now filled with the many footsteps he took…the walk he embarked upon filled with much emotion.

The next couple shared with the group of us that more than 20 years ago they completed the first half of the journey.  Now in their later years, they were completing their walk.
The gentleman to my right—a regular walker…walked parts of this landscape and NOW was making his way to complete the 190+ miles East to West.  His vision  ‘deep’ as he shared the sights he had seen on OTHER paths.  His gentle presence and silent listening garnished a soft light all around him.

My fellow traveler and I…
She spoke of THIS path being for her a Soul Journey.  I have been present to so much ‘transformation’ within her…tears, laughter AND her heart growing with LOVE…amazing because she IS such love.

For me…a spiritual journey—
a profound part of the path of life I walk.  Did I need to come away THIS far to understand it again?  “NO!”  AND…most definitely, “YES!” 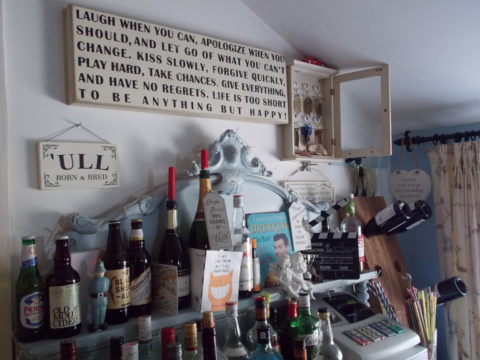 (Evening after walking atop The Moors near Wainstone)

How does one write the Wind?
The wind holds NO physical presence—it cannot be contained.
If you attempt to ‘bottle’ it, a simple ‘cap’ will be uncorked and will sail in the ‘wind’s’ unseen arms landing—wherever, maybe lost…
Never to be found again. 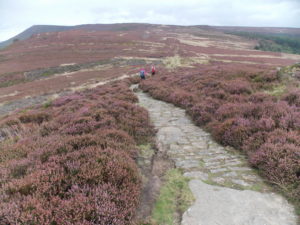 The wind sneaked in today like a whirling dervish…the dance rapidly igniting, but there was NO flame—
No flame could stay lit in the gusts attempting to pull EVERYTHING up.

The very stones, Wainstones, their massive weight…even they hunkered down—holding to the ground AND so…I did the same—

I held the stone or the stones held me before I thought myself soon to be a kite with no tail launched into a looming sky…a sky helplessly willing the wind to move, to  make its way—the wind is anything BUT settled…

So NOW…not only do I ask how does One write the wind but how does a pen find words for the wind’s unsettling nature?  Do I dare draw a comparison?  Our final steps are drawing close to their ending in Robin Hood’s Bay.

Am I this wind, unmasked, unleashed—
still ‘invisible’ to who I AM…
unsettled by an ending that will again become a new beginning.

How does One write the wind?
I’ll walk in THIS present unknown… 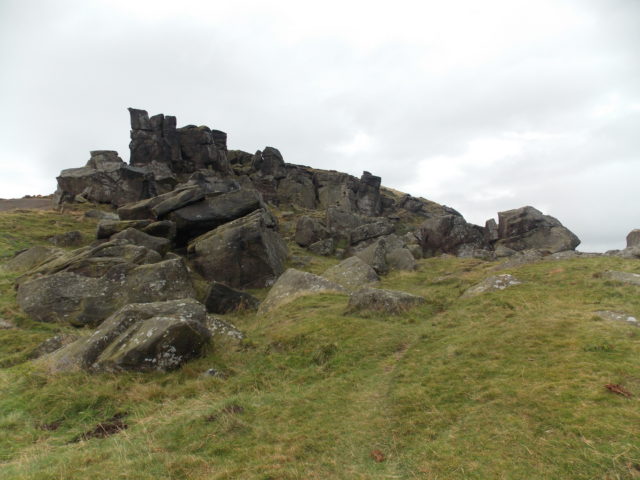