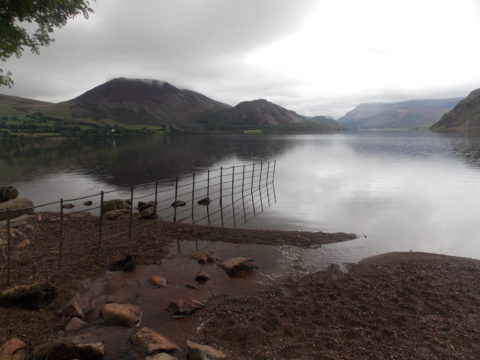 This day…my pen became a needle.  The ‘blue’ ink became like thread in an attempt to quilt together words—Words that would ripple like the lake traversed…a passage of unknowing wonder.  The needle of THIS pen moves in then out, up and then down.  The paper NEVER is torn, but the stitching attempts to convey the patterns…a lake consumed ‘in’ mountains.

A shower softly painted the glass surface of THIS majestic pool.  Clouds birthed shadows.  The mountains not ONLY around us, but reflected in the water, pull the sky down opening a window for the sun to warm and ignite the dawn’s beginnings. 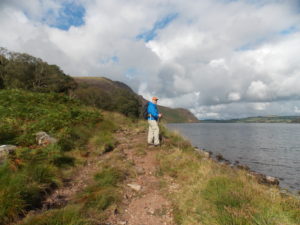 I was in this lake, this mountain, these clouds, the sun’s rays, the seabirds skimming the plate of water, sparkling ripples…the needle in my hand runs from the page.  How do I express the blanket knitted in my being?

The lake was a lacquer drenching me like a particle held in a clam’s shell or oyster.
Did I belong here?  The terrain refused to cast me out…it continued pouring itself over me, through me, within me until I SAW in me the pearl~~~fashioned, chiseled, shaped by years~~~shining alongside everything else that is Nature’s Treasures… 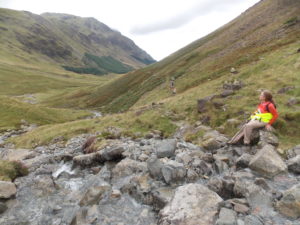 The needle and thread finished?
Heaven’s, NO.  The needle broke open my being…the landscape filled with purple heather pierced my heart. The climb—a thousand steps, if not more…rising, rising, rising.  I could not stop…AND, I did not want to—

At the summit, the sky was whisked apart.  The lakes, the mountains bowed in splendor…it was as if I heard them saying, “Thank you for finding yourself here.”

Ink poured on this page~~~a single strand of words…no-thing could adequately express what I have beheld THIS day.  There are no tears in this seamless piece…there have been so many pauses.  You may read my words wondering, “What is she trying to say?”  Maybe, I do not really know—but, I know where I have set my soles…the ground lives inside me…something NEW breathes in me… 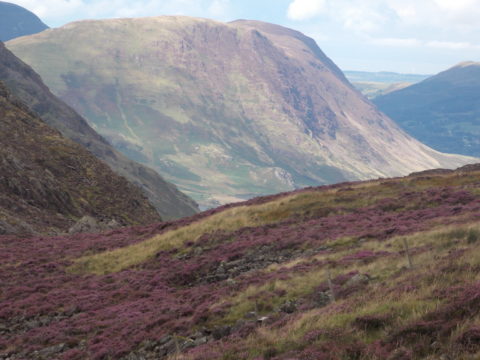