Mary had a little lamb
She chose to name her Ewe.

No one knows the story of where Ewe
came from—not even Mary.

Every where Mary went, Ewe seemed to follow…
Ewe listened to whatever Mary said
and did whatever she asked.

There was something very different about Ewe.
Ewe was not afraid to be out in the pasture alone.
She enjoyed grazing.

Other sheep would join Ewe…it was then that
there always seemed to be a celebration.

Mary encouraged Ewe especially as she grew
to go out into the world and share all
the kindness, love, tenderness & mercy that
Mary had shared with Ewe.

Ewe went her ‘way’—others left their familiar
pastures and went a new way with Ewe.

More and more grazed with Ewe, but
there were some who were suspicious of Ewe.
They did not like the fact Ewe was showing
others where they could eat freely
and live abundantly.

These others were used to being in charge
of the other sheep and felt like they were
losing their stronghold.

Ewe invited these others to ‘see’ a new way
where all were welcomed—all could enjoy
a banquet of plenty if all were to be accepted
as participants in the wonderful mystery of life.

The sheep heard Ewe and went out to set a snare
to trap her—She, Ewe that is, was too wild,
thought the others, and will lead lambs astray…
We must get rid of her.

Ewe’s closest friends gathered beside Mary and they
stayed in the pasture of flowers until the
setting of the sun.

Days later…
Mary came to the place Ewe was laid BUT
Ewe was gone.

Mary stared in disBelief—
who, what could have taken Ewe’s little tent of a being?

Just then Mary heard a distinct cry.
Atop a rocky crag—why, it looked just like Ewe.

Mary thought to herself, “I must be ‘seeing’ things.”
It began to leap closer and closer to Mary—it was Ewe.

Ewe has risen.
Just how, NO ONE really knows.
Yet, Mary BELIEVED. 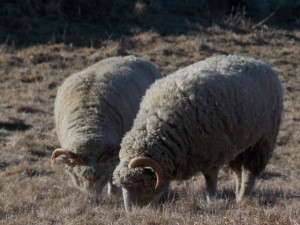