Sketch of Myself/ Celtic Cross

Two branches…One horizontal the other vertical.
In the Center, a human being—he divinely chooses consciously to bring the divided  parts into Oneness—thus bringing heaven & earth together and inwardly whispering,
“Now—this is GOOD.” 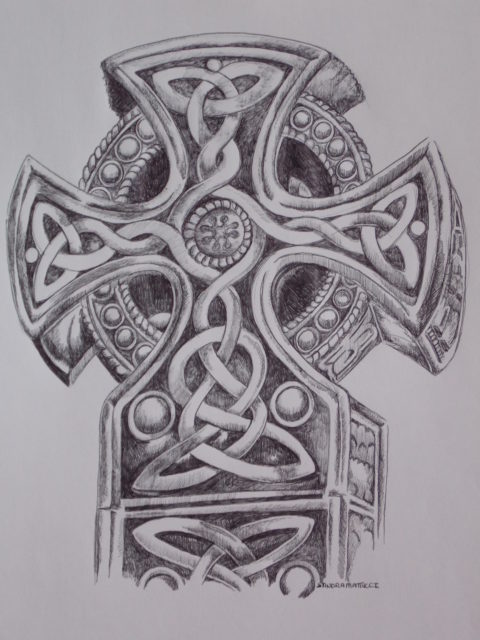 “Christianity is not a religion.  Christianity is the proclamation of the end of religion, not of a new religion, or even of the best of all religions.  If the cross is the sign of anything, it’s the sign that God has gone out of the religion business and solved all the world’s problems without requiring a single human being to do a single religious thing.  What the cross is actually a sign of is the fact that religion can’t do a thing about the world’s problems—that it never did work and it never will.”

The Mystery of Christ—and Why We Don’t Get It, Robert F. Capon